Is healthy food too expensive? Some people say it costs too much to eat a healthy diet, but I beg to differ. I bet if we break down the cost of a Big Mac extra value meal versus a home-cooked plate of chicken breast, broccoli and rice, we’ll discover which meal offers the most value.

Before we even talk calories, fat and protein, let’s just look at dollars. McDonald’s menu prices vary from state to state, but in South Carolina the going rate for a Big Mac extra value meal is $6.23.

You might think that’s cheap at first glance, however let’s consider our options.

The average chicken breast sells for $2 per pound – so a four-ounce serving costs about 50 cents. A bunch of broccoli contains about two cups of florets and costs an average of $1.65. So, a one-half cup serving size rings up to 41 cents. And a one-pound bag of rice at $2.75 per pound yields 11 one-cup servings. We’ll tack on 25 cents for a side of healthy, whole grains.

A Big Mac extra value meal, including a Coca-Cola and a side of fries contains 1,090 calories. If you’re shooting for a daily caloric intake of 2,000, that’s over half of your allotment for the day.

The Big Mac meal has 44 grams of fat, 12 of which are saturated, and 147 grams of carbs – nearly half of your daily value. Its only redeeming factor is its 29 grams of protein, but let’s look at how that compares to our home-cooked meal.

Altogether, the chicken breast, broccoli and rice only rack up 6.3 grams of fat, less than two of which are saturated, and 55 grams of carbs.

If you’re not a believer yet, let’s look to the experts on the issue of health food costs. The National Institutes of Health performed an experiment using a single-parent, low-income model to determine which costs more: grocery shopping in a supermarket or eating primarily in fast-food restaurants.

Average food costs for supermarket shopping accounted for 18 percent of the family’s income, while ordering fast-food spent 37 percent of their income. Per calorie, the convenience diet cost 24 percent more than the healthy diet. The experts concluded that a well-planned menu from supermarket foods was less expensive and healthier than diets relying heavily on fast foods.

Not everyone agrees that healthier foods costs less. In 2013, Harvard School of Public Health published a study which found that consuming a healthy diet does cost more, but only by $1.50 per day.

The researchers connected this expense to U.S. food policies on the production of “inexpensive, high volume” commodities which “favor sales of highly processed food products for maximal industry profit.” And they said if policies were created to support the production of healthier foods, then an increase in these foods would reduce the prices.

But for most of us, $1.50 isn’t going to break the bank – especially if the return on our trivial investment is a long, healthy life.

For those who’d like to save a little money, not to mention calories and carbs, try your hand at this recipe for a home-cooked extra value meal: 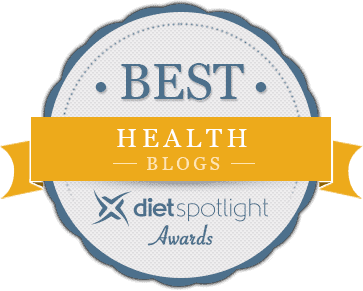